This is the story of the FieldInsight. The most flexible Field Service and Job Management application on the market today. 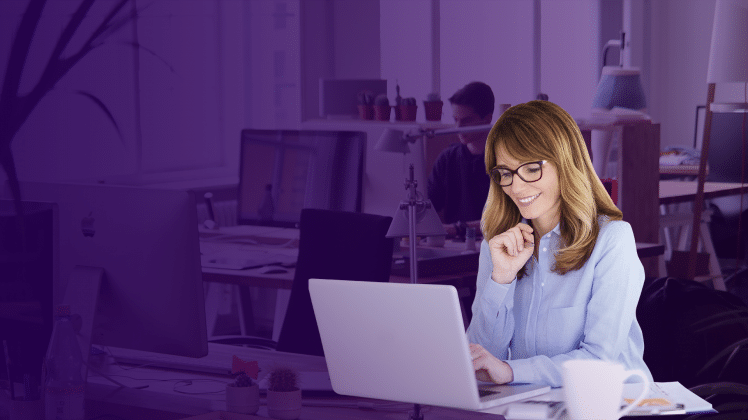 We bring software and people together to help HVAC businesses systemise and automate their job work flows.

We know HVAC is highly complicated, there are many moving parts, lots of information typically in lots of different places and only visible to a few people. A HVAC job can easily have 12 pieces of paper to track for one call out. Indoor, Outdoor Units, Proof of Purchase, Asset tracking, Asset Testing cycles, big orders from O/S for big AC units, stock management, team management, SWMS templates, customer information to keep track of. Wouldn’t it be awesome to have that all in one centralised, quickly searchable job management system with common communication with the ability to automated via email and SMS?

We bring people & software together to help manage all these moving parts:

A 10 tech business can be losing or missing out on $30,000.00 a month in service revenue. I would love to hear what you want to accomplish and what your hurdles are.

Helping other businesses streamline their systems is what brings me satisfaction.

FieldInsight has helped Mechanical Services businesses save 1,000,000 hours of lost productivity over the years.

To do this we make it easy and fast for technicians to capture the information needed to ensure they are working safely, capturing costs so you can quote and invoice quickly.

Founded by Paul and Natasha Tyrrell in 2009 where they wanted to spend time working with real people and helping them build their businesses through software and automation. We are based in Melbourne Australia with staff across Australia and overseas.

Where the FieldInsight Story starts

I wanted to start my own business because I was sick of working for the man. I had over twenty years of experience working for commercial software projects like Telstra, National Australia Bank and ANZ. I knew back then what’s obvious to us today, that there is huge potential in mobile phone mapping and the computer we all carry around in our palms- So I set out to find a problem I could fix with my software design and building skills.

I had once read an article by Paul Graham about creating wealth and value, and I believed I had the skill to create value for someone who would be happy to pay me a little bit of what they gained. I figured if I could add x10 value, I could have a business- But I didn’t know where to start.

Until one day by luck, two men in a plumbing company ute pulled up across the road from me. They were sitting in their car, staring at a paper map (we call it the Melways here), until about ten minutes later when one of them got out of the car and approached me. He said, ‘Hey, I’m looking for 42A orchard crescent, any idea where it is?’. I whipped out my brand new iphone 3 and said, it’s just three doors behind you. So off they went to their job and I had the seed of an idea.

As I drove to work the next day, I saw an AV van and I parked behind it. I was trying to get up the courage to call the number on the van, when a technician (Jim) appeared. I approached him and asked, ‘Hey, I’m thinking about building a software for your phone that could help you schedule your day and keep you organised’ and funnily enough he said that he had just turned up to the wrong block of flats and the number he had, didn’t even exist. He said that it was extremely frustrating to have to recall the customer and find the right address, it was a huge waste of time.

My idea began to crystallize, ‘What if you could have address validation and a built-in customer database on your phone so you could easily schedule all your jobs?’. So I called my boss and wished him the best of luck as I set off on this crazy journey of building a business.

I had come from a technical background, not a business one, I had zero training in this arena. My mother had been a teacher and I had no father growing up so this became a trial by error- fall down, get up and try again. I learned slowly how to manage a business and the wheels were in motion. The seed of thought I had was progressively growing into a solid plan.

I built my business through finding great mentors and coaches (combined with a lot of ups and down). I surrounded myself with great people and worked closely (she would say too closely) with my wife and business partner, Natasha, and our business began to grow into what FieldInsight is today.

Our primary focus is our Customers

We built FieldInsight (previously known as Scheduleflow) to work with any type of field service business but always our primary focus has been HVAC Commercial or Retail, Install & Service and Mechanical. They have really complex workflow headaches to overcome; having to track dozens of pieces of information per job; PDF/maps/drawings of sites, retention, projects, installation, maintenance call outs, emergency calls, detailed profit management, time sheets, SWMS.

Keeping track of all of that is a real headache.

We assist HVAC businesses from small service and maintenance jobs through to big Commercial projects lasting many months or years (where you need to keep track of installers, electricians, plumbers, shipping and logistics for ordering large air conditioning units).

A seamless end to end solution

Our Mission is to deliver an end to end HVAC software solution and support businesses by:

We are a one stop shop for all small and medium sized HVAC companies looking for a fit for purpose field service software and mobile solution for their teams. We want our customer’s to love our software and our service, as much as we love providing a great solution that makes them profitable.

To find out how we can help you solve your business work flow problems, the contact us page has all the details.

What is in a name?

We re-branded in early 2018 to FieldInsight (previously Scheduleflow).

Why you may ask? We are an Australian-based business and are ready to continue our expansion in to the US marketplace, we couldn’t get a clear run with Scheduleflow so have chosen a brand name that provides a clear/consistent message for Field Service Businesses who are looking to streamline their processes through our Scheduling and Job Management software solution.

We are the same product and team under the covers.