What is The Best Mobile Phone for a Tradesperson? 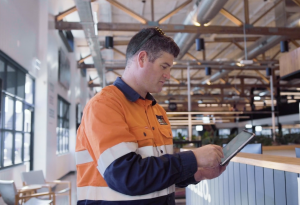 If you're a tradie using field service software you probably want the toughest and most reliable smart phone on the market. There are plenty of reviews out there telling you one phone is drop proof', while another is less likely to crash from software bugs. One company claims their phone will continue to work under a running tap; another says their phone keeps working in a sink full of water (presumably to test this your head also has to be in the sink).

According to the stats, very few Blackberry phones come back to the manufacturer due to breakage. However, this could be the type of use they're put through and the user demographic. Let's face it, the average Blackberry is more likely to be in the hands of an account exec than a tradie.

Figuring out which phone is the strongest, most robust or most reliable without putting it through its paces is not easy. So, here's a rundown, in no particular order, of the toughest kids on the smart phone block.

As far as reliability goes, the iPhone will apparently crash less often than any other phone on the market. Unfortunately, the fact that the phone's basically a 'glass sandwich' (albeit scratch proof military helicopter cockpit' glass) does mean it's more likely to suffer if (when) dropped.

Surprisingly, the older iPhone 3GS stands up to dings better than its younger brother. It's marginally more likely to crash only because the processor is an older model but because there's less glass in its manufacture it's probably going to withstand hard knocks better. As with all iPhones Â and any other touch screen phone for that matter Â the lack of a keyboard means dust and dirt is less of a problem.

Amongst phones using Google's Android operating system Motorola are the most reliable' option, but again this refers to the likeliness of a system crash. The Motorola Defy is their flagship tough guy'. Dust proof, shock proof and water resistant up to one meter, this is also one of the cooler looking smart phones on the market. It uses Gorilla Glass said to be the new standard in robust smart-phones and, importantly, also packs plenty of features.

But if you're not bothered about slick features, and just want a phone that isn't going to sulk when dropped, then the Sonim range of phones may be for you. While these phones don't have pretty touch screens or a bunch of groovy apps to distract you, they truly are the Hummer of all phones. The XP3 Quest Pro comes with 18 hours of talk-time (2 months of stand-by time!), big fat buttons that even a gloved hand can operate, will withstand impacts of up to 4G, can handle 1 ton of pressure and a speaker phone capable of putting out 110 decibels Â is that actually louder than a circular saw?!

Finally, you need to consider specifically what trade you're in -Â  what do you spend most of your day doing? Concreters, painters and plumbers may want to avoid touch screens, whereas for carpenters and anyone around a lot of dust the lack of buttons in a touch screen phone could be good. Of course, as with any of the phones mentioned here, find a good case and drops aren't as much of a concern. And the best tip of all for tradies when considering a mobile: Get insurance. 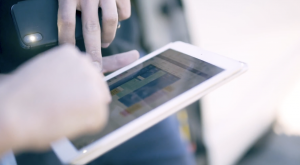 Work digital in the field

One last thing, if you're after something durable but also says 'Yeah, I'm doing alright for work...", check out this Tag Heur mobile. It will cost you over AU$5600.

If you would like a chat about how you could Automate your Commercial and Retail HVAC Business, we would love to chat.

Book a 30 minute Demo of FieldInsight.

FieldInsight by 2020 will have helped Mechanical Services businesses save 1,000,000 hours of lost Productivity.
To do this we make it easy and fast for technicians to capture the information needed, ensure they are working safely, capture job costs and can quote and invoice quickly.